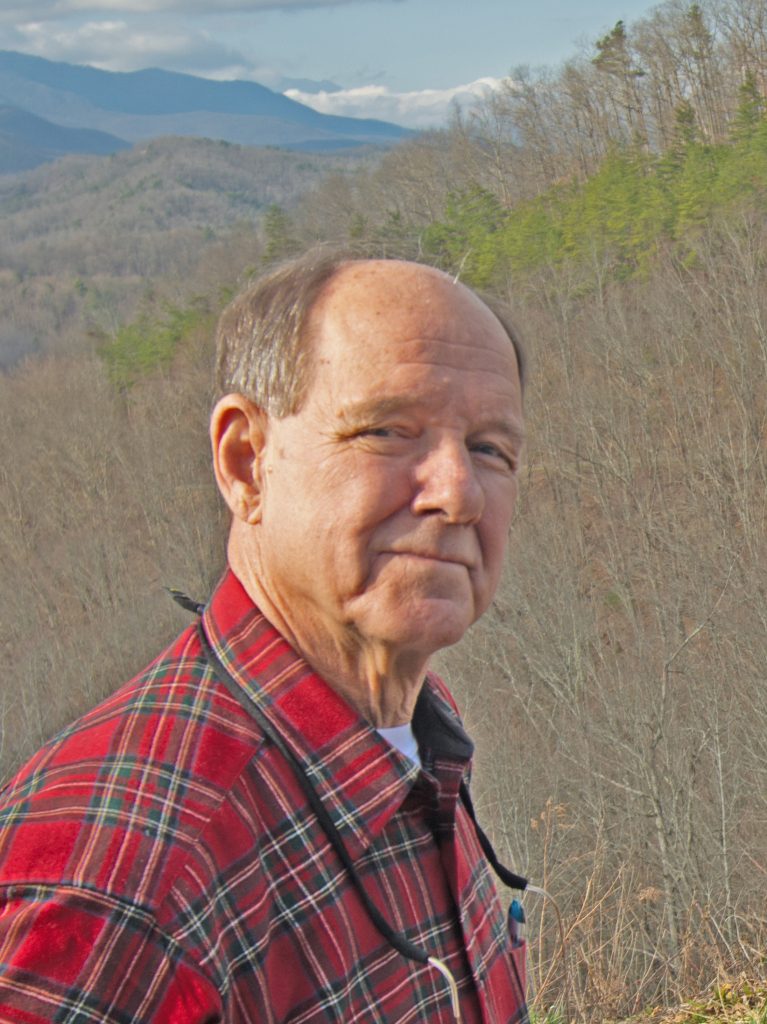 Asthmatic as a kid, John E. Ross grew up in Knoxville, Tenn. His Scoutmaster convinced his mom that camping in the Smokies would be good for him. It was in more ways than one. No matter where he’s lived, Ross has never left the mountains. He’s evidence that you can take the boy out of the mountains, but not the mountains out of the boy.

While studying geology and journalism at East Tennessee State University, he worked on a TVA seismic field team investigating dam sites in the upper French Broad watershed. After a short career as a reporter on the Johnson City (TN) Press-Chronicle where he won a Tennessee AP feature writing award, he embarked on a career as senior public relations officer and communications consultant for several colleges and universities among them three in the watershed: Tusculum in Greeneville, Tenn., University of North Carolina-Asheville, and Maryville College.

While public information director at Plymouth State College (now University), he collaborated with a geology professor and co-authored A Guide to the Natural History of New Hampshire for middle- and high-school earth science students and teachers. An avid angler, his book Trout Unlimited’s Guide to America’s 100 Best Trout Streams earned a National Outdoor Book Award. Among his other books is Rivers of Restoration which profiles 21 of Trout Unlimited’s landscape conservation initiatives across the country.

Though serving first as chair of the Virginia Council of Trout Unlimited and later on the boards a number of community watershed non-profits, Ross never considered himself an environmental activist. Only after moving to Asheville in 2014 did he come to appreciate how Wilma Dykeman, through her book The French Broad and other writings, galvanized the culture of conservation that has preserved so much of the French Broad watershed for future generations.